The one we offer you is of the best category, the best part of the loin, which you will appreciate for its mild flavor.

Take the slices alone and / or accompanied by our exquisite oil, tomato and with some almonds ...

Tuna mojama is the best known fish salting in southern Spain, it is made in Murcia. The tuna loins, after being salted, are hung to dry. Once they have reached their point, they are selected and prepared for consumption, which is done by cutting the tacos into thin slices.

The extra mojama is extracted from the central part of the loin, but this part has a much more compact muscular structure, which translates into a greater softness in the texture as it has a less marked grain. We can identify if a mojama is of extra quality by looking at the cut of the block or slice; this time the extra mojama has a much less marked veining than the first mojama and forms concentric circles with each other, instead of parallel lines as in the case of the first mojama. 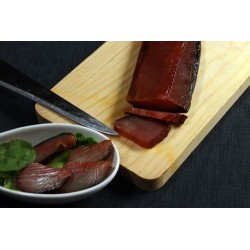 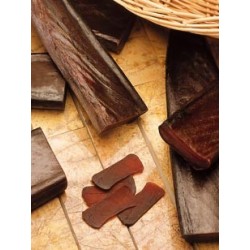 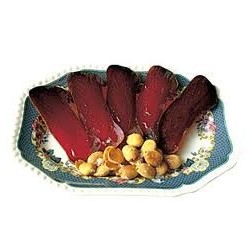